A large part of losing weight is avoiding unhealthy foods. You can work out as hard as you want, but if you’re replacing those burnt calories with unhealthy foods, chemicals and extra fats, you’re probably not going to see much in terms of results. 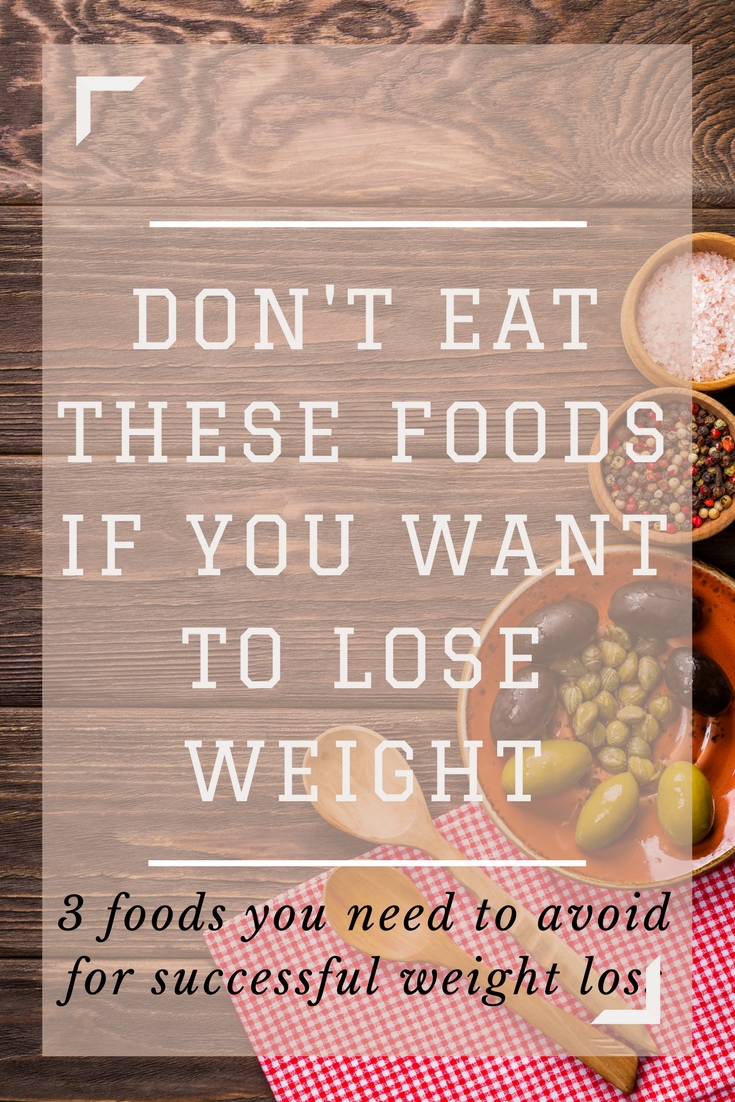 Anything that’s frozen or designed to be microwaved should be avoided.

Frozen foods are packed full of all kinds of unhealthy chemicals. Just take a look at the back of the box. How many of the ingredients can you actually read? How many of them sound like whole foods?

Also, the level of fats, sodium and sugars are extremely high. Many TV dinners that people eat in one meal on their own are actually three or more servings – meaning you’re getting much, much more fat than you think if you just skimmed the ingredients.

Drinks are one of the biggest sources of sugar and extraneous sugars in the standard American diet. A lot of people just don’t realize how much fat is in these various beverages.

Coca-Cola, Pepsi and 7 Up, for example, all contain large amounts of both sugar and calories. People who drink Coke instead of water almost always end up overweight.

Another common offender is caffeine. Coffee itself has very few calories. However, once you add in the milk or cream plus the sugar, it suddenly becomes a high calorie drink.

Even worse are drinks like lattes, Americanos, cappuccinos and Frappuchinos. These extremely high calorie drinks don’t “feel” like eating a meal, but can often contain just as many calories.

Finally, processed meats are also poor choices if you want to lose weight. They were also recently classified as a carcinogen, meaning they are cancer causing, so really it’s best for everyone to avoid them.

It’s no mystery if you look at what really goes into processed meats. It’s often the fattiest parts, blended skin, various body parts that couldn’t be sold separately, all mixed with copious amounts of fat.

In addition, these processed meats are usually full of preservatives, chemicals and sodium.

These are three foods to avoid like the plague if you want to get your weight down. Though it may sound simple to just remove three kinds of foods from your diet, these changes alone could help you cut back on a lot of calorie consumption.

To put it simply, drink lots of water often, eat a variety of fruits and veggies, and choose lean meats and beans to get your protein. Aim to have at least 1 glass of water and 1 veggie serving at every meal, and you are well on your way to a healthier diet.

Looking for more articles about Weight Loss? Check these out:

Smart Ways to Cut Calories Everyday
Five Super Grains You Should Be Eating
Plant Based Vs Vegan: What's the difference?