Looking for tips on Running 5k and maybe even farther? It can be very overwhelming, but with a little bit of prep and research you can make things go much smoother on race day. Check out my first 5k race tips, and read about my own experience when I ran my first 5k race. 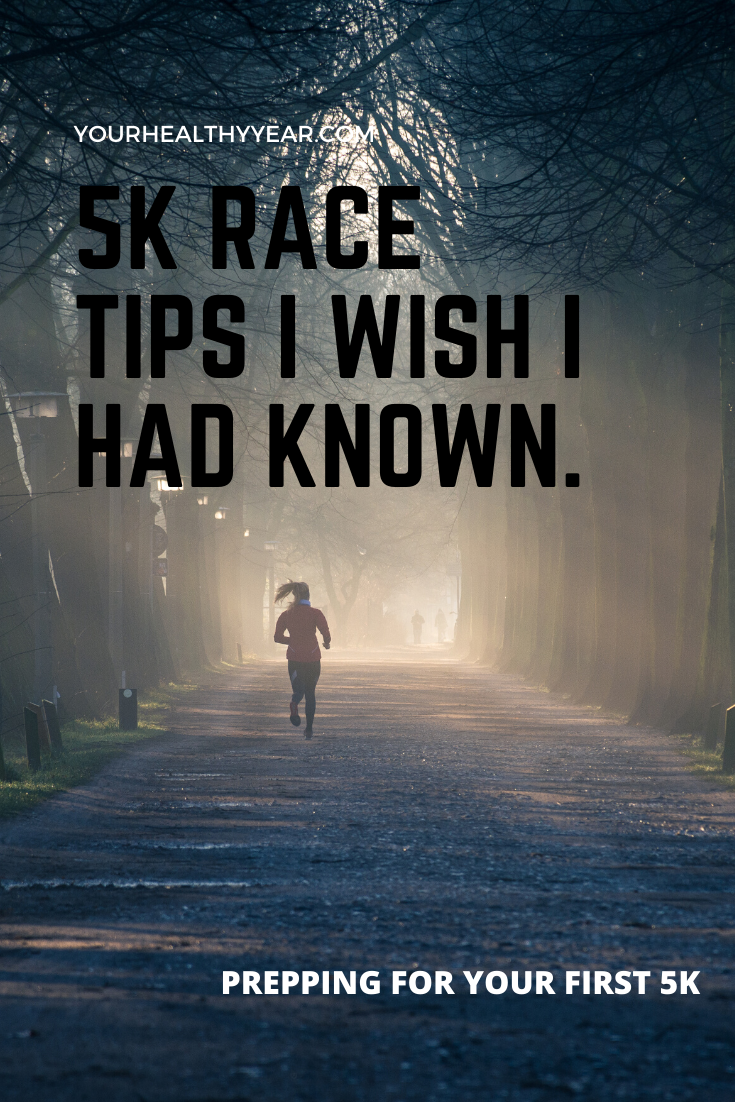 When I did my first 5k race, I was really worried about being the slowest person there, or having to walk the whole way, or holding people up and getting in the way, you get the picture! I felt like I was completely out of my comfort zone and had no idea what I was doing. Thankfully, we actually did way better then we had ever done on a run, and it was an amazing experience.

Training Before the 5k

At the time of the race, we had only been training for a couple months and were up to 5 minute intervals, (5min run/3min walk – we did the Couch to 5k program). When we were actually running the 5k though, adrenaline took over. We ran most of the way, only stopping five or six times for a minute or two. We finished in 37 minutes. I was so proud, I felt like that was a great  finishing time for our first race!

Usually when we were ‘training’ we didn’t bring water with us, but since we ran a LOT more then usual during our first 5k race, I wish I would have brought some water. During the run there was one water station set up with gatorade or water, but I found I needed more. If I had had a good hydration belt at that time, it really would have came in handy!

Personally, I have a tendency to belittle the things I do. I told myself in the weeks leading up to the 5k that it wasn’t a big deal, people do it all the time, I would probably end up walking most of it any ways. Finishing a 5k, especially your first 5k, IS a big deal! It’s an accomplishment, and a goal I’ve had for YEARS. 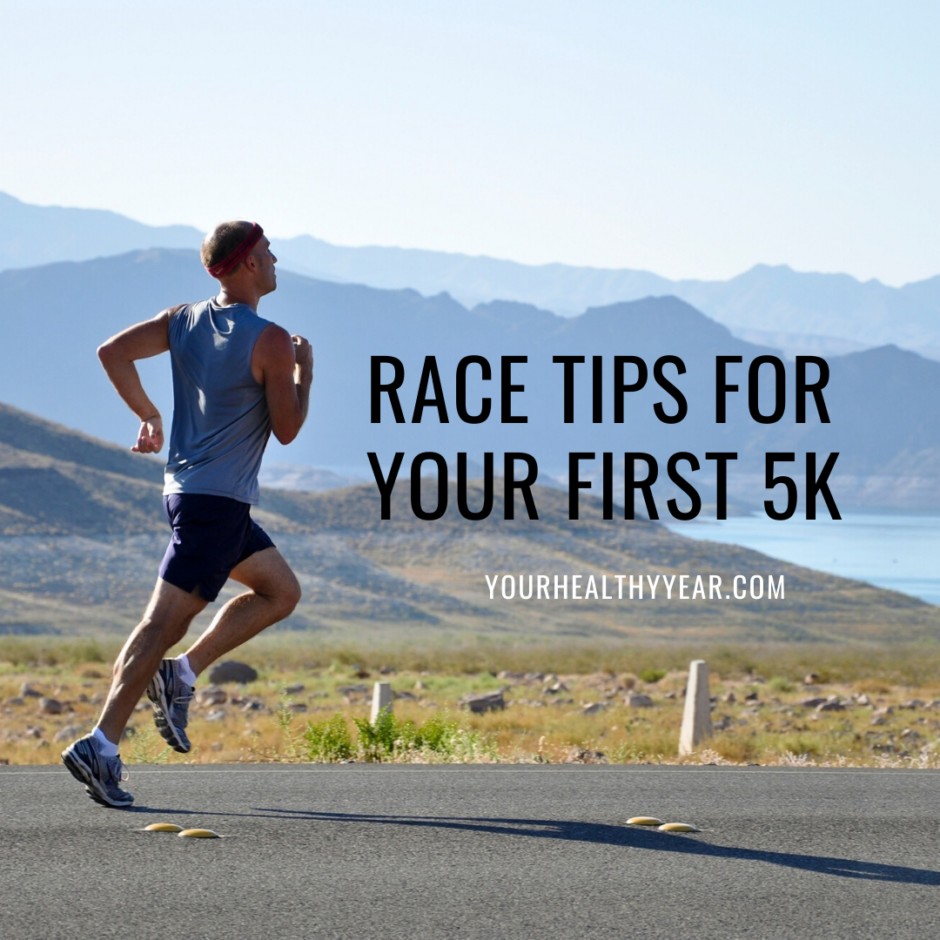 Tips on Running 5k and Beyond

–Slow down, pace yourself. When we did our first 5k race, we ran way harder and longer then we ever had before. Race day brought on a huge rush of adrenaline and while I was happy with our time, we paid for it the next few days. Can you say shin splints? Now that I have more experience, I try and pace myself during a race so I don’t get burnt out before I hit the finish line. Sometimes, as runners, we tend to start the race off with a pace we are not used to when you run your first 5k, and we end up going fast in the beginning and making great time, but then lose steam.

–Water. We never bothered bringing water with us because we didn’t when we were training at home. During our race there was one water/gatorade station set up at the half way point. Of course I grabbed Gatorade and was sorry afterwards, it made me sick to my stomach. I was not used to drinking gatorade during training, and just by making that small change on race day, it made my body feel sick because it was not used to it. Make sure that if you are training with certain drinks, energy gels, recovery products, etc, you use the same products on race day. Race day is not the time to try out new products! I went out and bought a hydration belt for future races though!

Make it Easy on Yourself

–Get there early. Not only do you need to find parking, but you also need to pick up your race kit if you weren’t able to pick it up before race day. We were an hour early and we just barely got a parking spot. We had to ask around to find the race kit pick up station because we had no idea what we were doing. Luckily the lines weren’t too bad, and the volunteers were awesome!

–Bonus Tip: thank the volunteers. The race wouldn’t happen if it wasn’t for their help!

Calm down and have fun.

If there was one thing I could go back and tell myself before the race, it would be to calm down, have fun, and enjoy your first 5k race!

When we got there we had no idea where to go. I was thinking, “We drove 2 hours, paid for the race already, and won’t be able to get our race kit to actually participate.” I was stressed to say the least, and panicking just a bit! I was good once we found the race kit pick up station though.

The other hard part for me was when the race actually started and everyone is moving at once. I am not a fan of tight spaces with lots of people. One thing I have discovered is that I get a lot of race day anxiety, even to this day, and I have run lots of races by now! I try to make things as calm as possible on race day.

I look up the race route, try and find how many water stations there are and where, I set out all my race day clothes the night before, I make sure my sneakers are worn in and in good shape… Whatever I can do to make things easier on myself!

In the end… Have fun! Don’t take things too seriously, especially for your first 5k race! You should have fun when you run your first 5k!